Who wouldn’t love some movie nights with friends under the moonlight? We’ve got you covered! We gathered a list of the ten most popular projectors that can help you enjoy some movies in your outdoor cinema without breaking the bank, so let’s have a look: 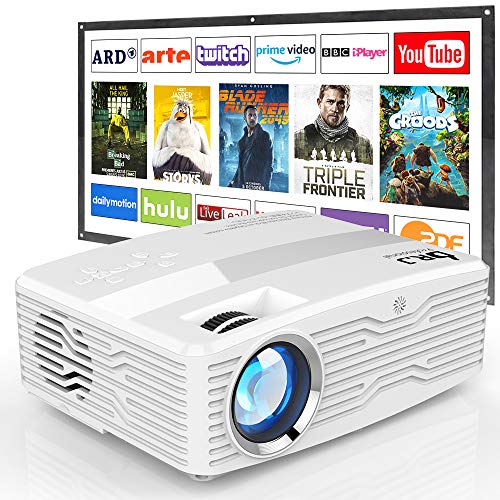 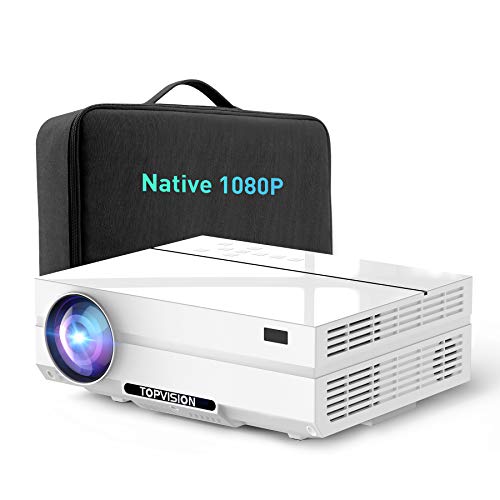 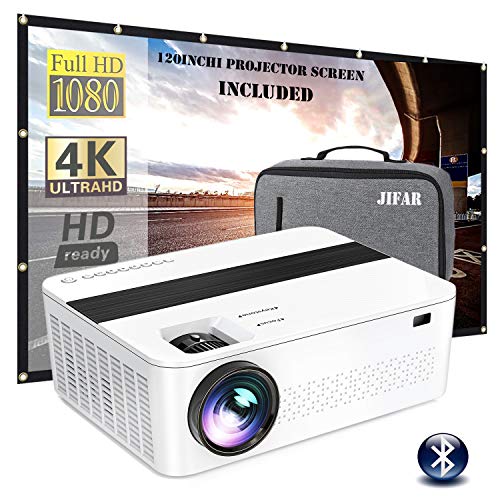 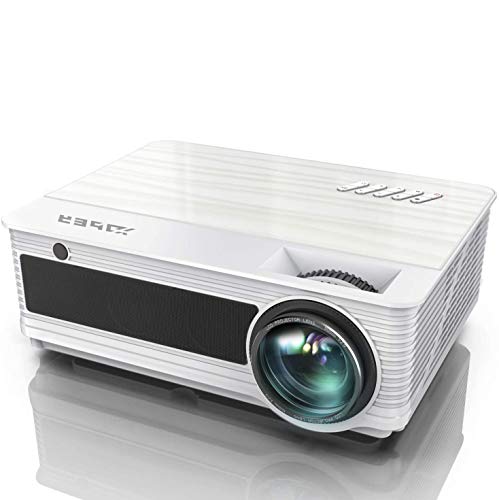 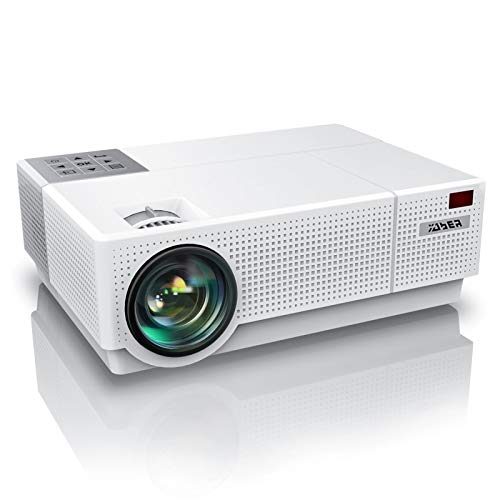 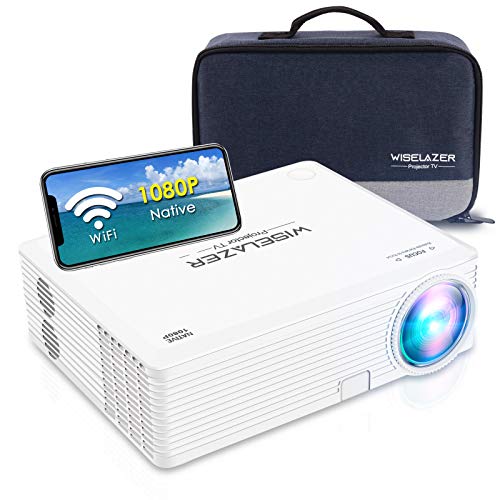 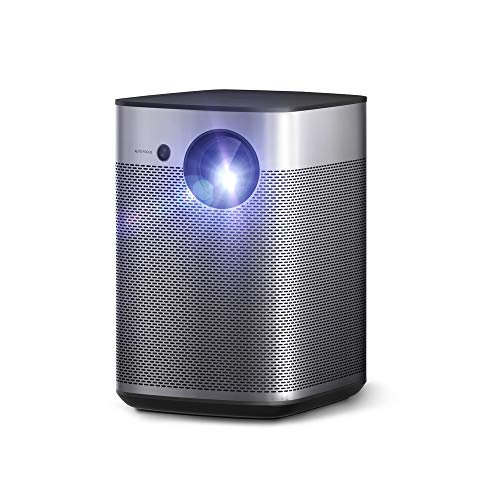 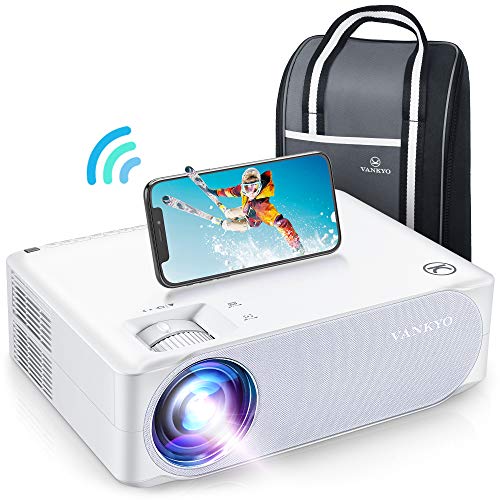 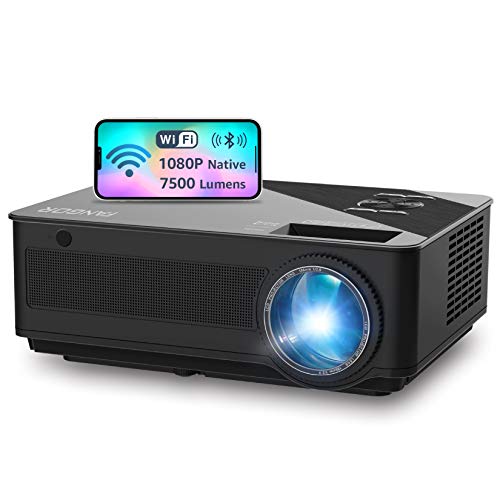 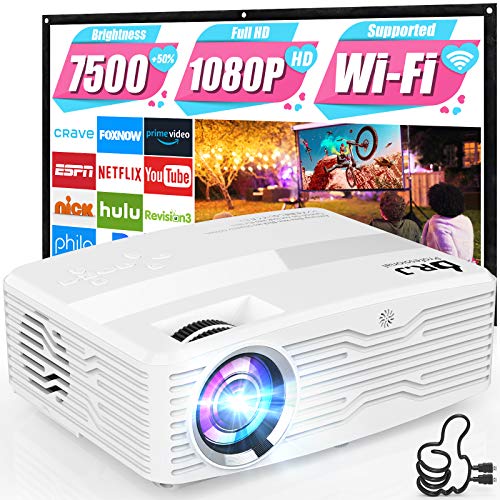 The projector from Vankyo is quite a popular choice and thanks to its attractive price it is a great option for anyone with a limited budget. It features a native resolution of 1920X1080 which will allow you to enjoy movies with great detail and improved image quality compared to 720p projectors. The contrast ratio is 5000:1 and features 4500lux brightness which will allow you to project up to 300″ inches easily., as long as you a large space to put the projector far back. The projector can project media with its two HDMI ports which are handy if you need to connect a second source for viewing. Comes with a long-lasting lamp that will allow you to use the unit for many years of daily use and thanks to its attractive price this model is highly recommended for anyone looking for a native 1080p projector.

The Abox A6 features native full HD resolution, a contrast ratio of 4000:1, and two HDMI inputs. The LCD design allows for keystone correction up to 45 degrees so it will be more forgiving when placing the projector allowing for off-center positioning vertical. The brightness of the projector allows you to put it far back for an up to 200″ screen, while on the closest position you can get around 70 inches projection. The two HDMI ports are quite handy if you need to connect a second source like your gaming console and also features USB connectivity that will allow you to connect USB hard drives and enjoy watching movies stored in them. Overall a great option for its price that is highly suggested for anyone that needs up to 200″ screen projection while on a budget.

The Xinda projector is able to handle 50-300″ projections while the brightness output of 5000 lux suggests an ideal projection of around 100-160″ from 3-5m away. The projector features built-in speakers of 5W which might not be the loudest option yet you can use them if you don’t want to set up outboard speakers on location. The LED projector allows you to apply up to 50 degrees keystone correction vertically and horizontally, allowing for easier setup and small adjustments if needed while initially setting up the projector. You can use the HDMI/VGA/USB/SD/AV/TV input of the projector so as to connect your favorite media source for great connectivity options. Overall a projector that features native full HD, able to provide a great projection at around 100-160″ screen which is handy on most occasions, so considering its price it worths a closer look while researching.

What to consider when buying an outdoor projector?

Resolution is an important factor when picking up a projector. If your budget allows you should pick one that has at least 1920×1080 pixels resolution but to be honest even HD-ready projectors are a great alternative for watching movies in your garden or rooftop during the summer months. It’s just the higher resolution that will result in a greater image.

The most important feature though would be the brightness of the projector. This plays a vital role if you need to use the projector in an environment with lots of ambient light but also restricts to high far you can put the projector from the screen as light brightness will be less as you move far away.

Pick a projector that suits your screens if you already got one, but if you don’t have a screen already you should probably go for a 16:9 ratio instead of 4:3 as it’s more suitable for movies. If you prefer to transport the projector frequently you could also have a look at some of the most portable projectors out there.

Keep in mind that each projector has different input ports so you have to pick a projector that can receive the signal of the devices you want to connect to it. Most modern devices offer HDMI connectivity from computers, media players, and gaming consoles while some other models may also have VGA inputs.